Alzheimer’s disease is an irreversible, progressive brain disorder that slowly destroys memory and thinking skills, and eventually the ability to carry out the simplest tasks. Estimates vary, but experts suggest that more than 5 million Americans may have Alzheimer’s. This disease is currently ranked as the sixth leading cause of death in the United States, and it is the only one that can not be prevented or cured. Alzheimer’s is the most common cause of dementia among older adults.

Changes in the Brain

It seems likely that damage to the brain starts a decade or more before memory and other cognitive problems appear. During this preclinical stage of Alzheimer’s disease, people seem to be symptom-free, but toxic changes are taking place in the brain. Abnormal deposits of proteins form amyloid plaques (abnormal clumps) and tau tangles (tangled bundles of fibers) throughout the brain, and once-healthy neurons stop functioning, lose connections with other neurons, and die. The damage initially appears to take place in the hippocampus, the part of the brain essential in forming memories. As more neurons die, additional parts of the brain are affected, and they begin to shrink. By the final stage of Alzheimer’s, damage is widespread, and brain tissue has shrunk significantly.

Moderate: In this stage, damage occurs in areas of the brain that control language, reasoning, sensory processing, and conscious thought. Memory loss and confusion grow worse, and people begin to have problems recognizing family and friends. They may be unable to learn new things, carry out multi step tasks such as getting dressed, or cope with new situations. In addition, people at this stage may have hallucinations, delusions and paranoia and may behave impulsively.

Severe: Ultimately, plaques and tangles spread throughout the brain, and brain tissue shrinks significantly. People with severe Alzheimer’s cannot communicate and are completely dependent on others for their care. Near the end, the person may be in bed most or all of the time as the body shuts down. 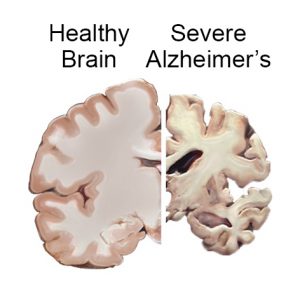 Most people with Alzheimer’s have the late-onset form of the disease, in which symptoms become apparent in their mid-60s. The apolipoprotein E (APOE) gene is involved in late-onset Alzheimer’s. This gene has several forms. One of them, APOE ε4, increases a person’s risk of developing the disease and is also associated with an earlier age of disease onset. However, carrying the APOE ε4 form of the gene does not mean that a person will definitely develop Alzheimer’s disease, and some people with no APOE ε4 may also develop the disease. It is recommended to perform 30 minutes of vigorous exercise a day to try and decrease the effects of the gene.

Research suggests that a host of factors beyond genetics may play a role in the development and course of Alzheimer’s disease. There is a great deal of interest, for example, in the relationship between cognitive decline and vascular conditions such as heart disease, stroke, and high blood pressure, as well as metabolic conditions such as diabetes and obesity. A nutritious diet, physical activity, social engagement, and mentally stimulating pursuits have all been associated with helping people stay healthy as they age. These factors might also help reduce the risk of cognitive decline and Alzheimer’s disease.

Treating Alzheimer’s Disease: Alzheimer’s disease is complex, and it is unlikely that any one drug or other intervention can successfully treat it. Current approaches focus on helping people maintain mental function, manage behavioral symptoms, and slow or delay the symptoms of disease. Researchers hope to develop therapies targeting specific genetic, molecular, and cellular mechanisms so that the actual underlying cause of the disease can be stopped or prevented.

Here at North Shore Pro-Active Health we offer vitamins and supplements to try and reduce, regress or prevent symptoms from occurring. Before making any changes to your current medication, consult with your doctor before stopping or adding to your daily regiment. Our doctors are able to offer a free consultation with you to see if we can help and if we are a good fit for you. Some things we have in the office are Ashwuaganda, Vitamin D, Bacoba/Vibrant Mind, Acetyl L Carnitine w/Alpha Lipoic Acid. 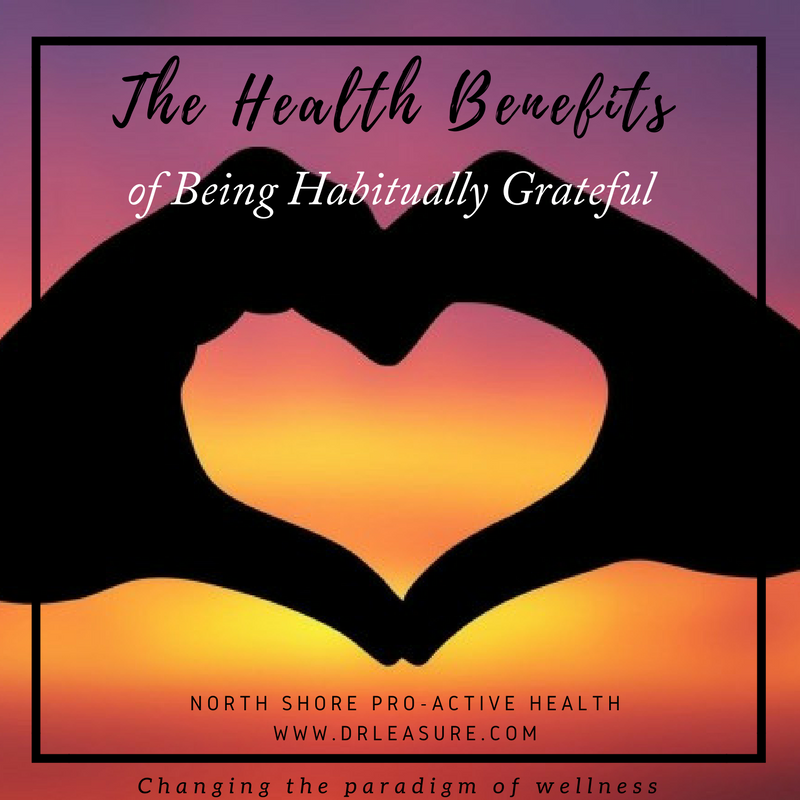 This weeks blog comes to us from guest contributor, Jan Leasure.  Currently Jan is a Senior Loan Officer in Libertyville, but previously […] 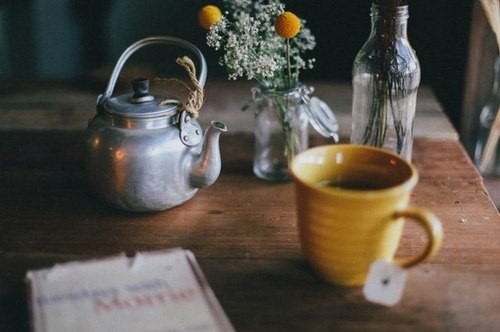 Cold weather equal warm drinks! Now that fall is upon us seasonal drinks have emerged from hibernation and we cannot be more […] 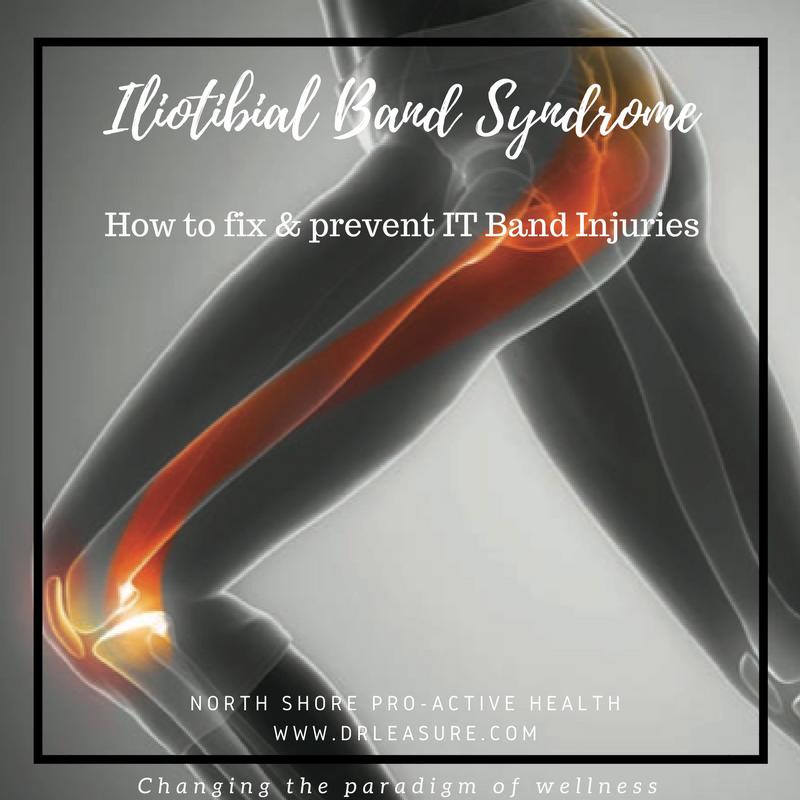 Now that running season is upon us, it is that time again where our local runners are flocking in the door to […]

Contrary to popular belief, you can sustain a whiplash injury from more than just being rear ended!  Whiplash is an acceleration/deceleration injury…meaning, […]